W.E.B. Du Bois: The Lost and the found 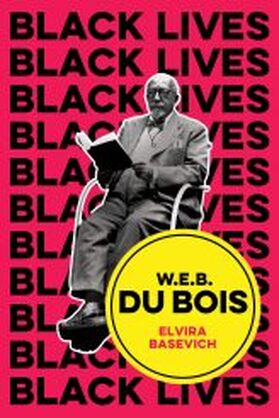 "Basevich has the surest feel for her protean subject that I've read in a long time."
David Levering Lewis, American historian and twice Pulitzer-Prize-winning biographer of Du Bois, Columbia University

"In a direct and accessible prose, linking philosophical abstraction with grassroots activism, Elvira Basevich brings us a Du Bois by no means merely a figure of historical importance but very much a thinker relevant for the social justice struggles of today."
Charles Mills, City University of New York

"With the breadth of a biographer, the depth of a philosopher, and the vision of a poet, Elvira Basevich gives us a compelling elucidation of W.E.B. Du Bois' radical liberalism. This is essential reading for understanding why Du Bois still matters!"
Melvin Rogers, Brown University
​

HOW TO LOVE THE WORLD 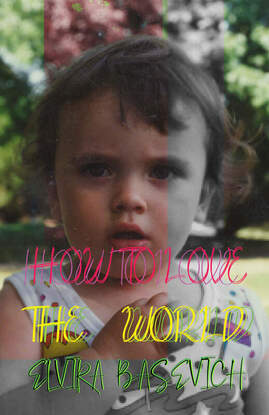 Selected as a finalist of the
2020 NATIONAL JEWISH BOOK AWARDS

in the category of
Poetry:

Berru Award in Memory of Ruth and Bernie Weinflash

"In How to Love the World, Jew­ish Uyghur refugee Elvi­ra Base­vich ori­ents her­self in a world where 'a Jews looks at an Arab / and see her­self,' where 'The part of me that’s a Jew­ish poet / is lost in a park­ing lot in Detroit,' where her father — once a Pro­fes­sor of Math­e­mat­ics at Moscow State Uni­ver­si­ty — now dri­ves a taxi in New York City and curs­es cus­tomers who dare to hail his cab as he works out the­o­rems at red lights. Base­vich begins with her own mid-migra­tion birth in Vien­na and then hur­ries the read­er across bor­ders, dis­ci­plines, and lan­guages until we’re breath­less — not just from the dif­fi­cult jour­ney, but also from the urgent delight of Basevich’s humor and max­i­mal­ism. Whether relat­ing to Lebanese refugees or Immanuel Kant, Base­vich in­sists that 'the writ­ing of poet­ry is a kind of time trav­el; and it is always a prepa­ra­tion for love.'”

"In How to Love the World [...] Elvira Basevich imagines the feelings and thoughts of her refugee mother as she retraces the woman’s journey. The runner-up title—written in the form of a sprawling and emotional epic poem—contextualizes this odyssey in terms of nationalism, feminism, and overall humanity, strikingly questioning who gets to call a country home. The book’s thoughtful, fascinating grasp of many nuanced intersections hint at Basevich’s passion for philosophy (she teaches in the philosophy department at the University of Massachusetts), as well as her complicated yet fiercely loving appreciation for mother-daughter relationships."
Proudly powered by Weebly